Hugh McClure
Published:
Sep 02, 2013
Total plays:
25,712
Saved:
390 times
Sounds like: Nirvana, Smashing Pumpkins, Japandroids, Dinosaur Jr.
Tags: indie rock, alternative, rock
Why do we like this?
I, like many of my generation, used to listen to plenty of heavy rock growing up. Over the years, I've fallen away from the genre, but from time to time I come across a great track and I'm reminded of what used to be. Brisbane rockers Violent Soho did just that with their latest single "Covered in Chrome," the second single taken from their upcoming third album, Hungry Ghost.

I was sent their earlier single "In the Aisle" (which Tobias ended up covering) a while ago, but this one appealed to me on a different level.  The track takes opens slowly, highlighting Luke Boerdam's honest, raspy vocals, before quickly combusting when the chorus kicks in. When it does, wave after wave of riffing guitar and driving percussion wash over you, drawing memories of the genre's heyday in the early 90s.

People often dismiss this type of music as just noise, but when you really let it sink in, you realize there's a lot of talent in creating a great heavy rock track -- and Violent Soho have clearly found the formula.
- Google Hugh McClure
Streaming source: http://soundcloud.com/iohyouparty/violent-soho-covered-in-chrome
TOUR DATES
View all X tour dates for . 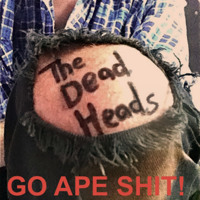