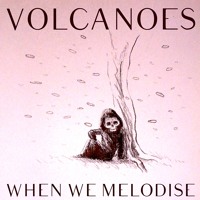 Tobias Handke
Published:
Jan 13, 2014
Total plays:
11,378
Saved:
159 times
Sounds like: Fleet Foxes, Bon Iver, Iron & Wine
Tags: male vocalist, folk, indie folk
Why do we like this?
"When We Melodise" is the stunning first single from UK quartet Volcanoes. Taken from their debut LP, Radiogeist (set for release later this year), "When We Melodise" is a beautiful construction of melodic strumming, oscillating drumming and glorious harmonies sure to appeal to fans of Fleet Foxes and Bon Iver.

The delicate guitar picking signals their folk influence, inspiring harmonies invoke a sense of calm, and the slight drumming adds to their musical landscape, slowly intensifying as the song builds towards its powerful conclusion.

Volcanoes have released a number of EPs over the years, and if their Facebook is correct, they looked set to call it quits, with "When We Melodise" their final release. But it seems the track spurned their creative desires, with Volcanoes heading back into the studio to record their first album.

If "When We Melodise" is anything to go by, then we are in for a treat when Radiogeist is released later this year.
- Google Tobias Handke
Streaming source: http://soundcloud.com/samsonbedford/when-we-melodise
TOUR DATES
View all X tour dates for . 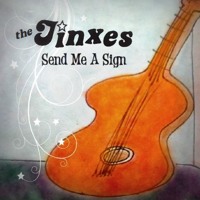 The Jinxes - If You Want