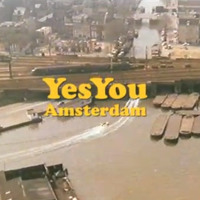 Hugh McClure
Published:
Jan 26, 2013
Total plays:
54,699
Saved:
338 times
Sounds like: Passion Pit, Electric Guest, Foster the People
Tags: indie pop, electro-pop, synth-pop
Why do we like this?
Brisbane duo YesYou are quickly gaining a reputation for being one of the best emerging talents in Australia. Their vibrant, well-produced pop music has been routinely praised, from their debut single "Half Of It" to their recent duo with Jinja Safari's Marcus Azon, "Frivolous Life." These tracks both scored high rotation on Triple J Radio and generated a buzz for the band's debut EP (released last November). They've now followed that up with a third track, "Amsterdam."

The new single has all the traits we've come to know and love from this talented twosome. Sun-drenched and poppy, it's got an interesting, offbeat 80s-inspired texture to it, which adds a playful dimension to the track. The vocal arrangements are especially prominent, and link in nicely with YesYou's recognizable production talent. The 80s vibe is expanded with the accompanying video clip featuring an epic speed-boat chase through Amsterdam's storied canals.

YesYou will be supporting MS MR on their upcoming trip to Australia, so if you're around you can catch them here.