If I was somewhere in the Arizona heat, like where musician Zella Day is from, this is the song I would want to be blaring. Although it’s not quite a country song, I'm picking up some Western vibes. The melody sounds similar to a Kacey Musgraves' song, while her hazy vocals remind me of Faye Webster’s jazzy flare. It’s safe to say that Zella Day could be described as a combination of so many other remarkable artists.

This track speaks about instinctively pushing people away, even those who show that they care for you. In the end, the singer-songwriter tells us that sometimes everyone can feel like a stranger.

Zella Day released her debut album,Powered By Love, back in 2009, so her decade of experience in the industry means this single isn’t her first rodeo. Between her smashing sound and stream of stellar songs, it certainly shows. This track will be on her upcoming EP,Where Does the Devil Hide. 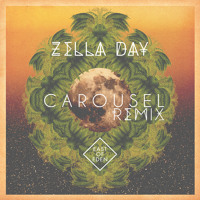