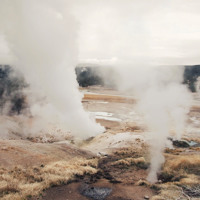 Sometimes it seems like indie rock is dying, dying, dead. Until a band like the 1975 or Two Door Cinema Club comes along with a new track reminding us that it is, in fact, very much alive.

Rock, good rock, still exists, and Zerbin is proof. They're a Canadian indie rock band that manages to toe the line between nostalgic and fresh with guitar driven melodies. They've got a sincerity about them that's fetching, and their commitment to catchy hooks and big (!!!) choruses commands respect -- and more than a few listens.

They've got a new full-length album coming in April called Darling, which you can look forward to, but for now, check out the first single "World's on Fire."