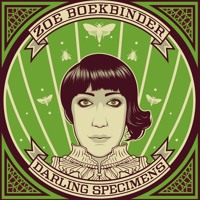 I have a great deal of respect for a musician who can isolate something a little ambitious and go for it; and Canadian export Zoe Boekbinder has done just that. Zoe has just released her debut album Darling Specimens, which is an album that emphasises her vocals, and consists of a collective of plump beats, an underlying 1920's style

Let me start by saying that Zoe's music on this album is really, really nice. Her musicality is tremendous, and she writes with a flare seldom seen in the industry today. Zoe's vocals are quite jocose, polished with a defining yet gentle trill and ranging from Spektor-esque conversational to sunny and peppy Torrini-esque; backed with what sounds like a female barbershop quartet. Her composition is totally quirky in a "carnival-marching-band" kind of way.

I'm hesitant to compare her overall sound to Leslie Feist, but there are some vocal elements that are quite similar, such as the tonality and range of Zoe's voice. The composition is really what makes this album stand out. Spanning the entirety of this release, the texture is rather thick, but not at any point in time does it sound unduly dense. The chilled out flow of her sound is more accurately paralleled to Emiliana Torrini.

The hits on the album are scattered all through the track listing, instead of being limited to the second and third track... Track one and two "Make A Mess" and "Hollow Bones" start the album off well introducing a light and bright prickle of sound, and from there on in the album becomes more layered and dense.

This album is such fun; it really truly is. If you're looking for a glossy album to soundtrack the next few months, definitely give this a spin. 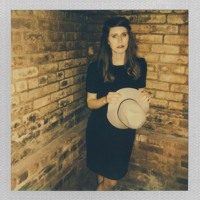