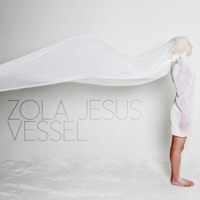 David Peter Simon
Published:
Oct 07, 2011
Total plays:
5,236
Saved:
14 times
Sounds like: Nico, Tearist
Tags: indie pop, psychedelic, lykke li
Why do we like this?
Zola Jesus is back with another hit music video for her track "Vessel" off her new album Conatus. The video, this time a five minute visual manifestation of a moth's metamorphosis through surreal landscapes, embodies why this girl is absolutely killing it right now. Themes like duality and transformation are beautifully symbolic (since Zola Jesus really is changing into a star before our eyes), while her voice seemingly vibrates right through your speakers to reach out and touch you as if the power of opera could echo off digital walls.

It's no surprise people are saying Zola Jesus may be the indie version of Lady Gaga -- she's not only incredibly beautiful with an out-of-this-world voice, but also possesses an unspeakably attractive self-image. Most importantly though, she's consistent, always delivering excellent tracks which blend angelic and haunting sounds through complex vocal arrangements and gloomy yet engrossing synthpop.

For those of you outside the loop, Zola Jesus is the stage name of Russian American Nika Roza Danilova. She's an opera-trained singer/songwriter who has been leading the way for modern goth-pop since the release of her first full-length, The Spoils. Since then, she's gone on to create three EPs and another full-length, along with collaborations in bands like Nika+Rory and Former Ghosts. With philosophy guiding her lyrical concepts and opera driving the sound of her voice, "all eyes should be on this divine starlet" as the Metro aptly put.

The new album Conatus, released on Sacred Bones Records, can be streamed in full via the Guardian's website. You can check out the aesthetically pleasing music video directed by long-time director/friend Jacqueline Castel below. 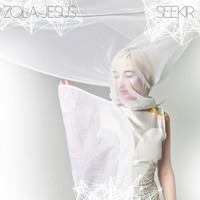 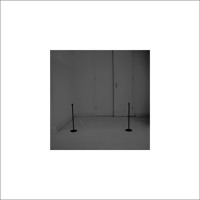