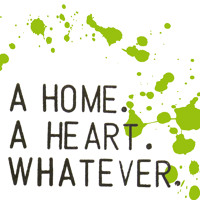 A Home. A Heart. Whatever Crystaleyed

Dwayne
Published:
Jun 08, 2011
Total plays:
35,058
Saved:
126 times
Sounds like: Vampire Weekend, Arcade Fire, Foals
Tags: indie rock, electro-pop, foals
Why do we like this?
Someone was going to combine two of the dominant indie rock strands at some point, weren't they? Well, A Home. A Heart. Whatever. have gone and done it, and they've done it pretty well. It's roughly a meeting place between afro-indie and the the more rock-oriented sound Arcade Fire makes. The band themselves call it a mix of indie, electro pop, and folk, which is (broadly speaking) true.

I feel like branding them as such is underestimating them though, because seriously, 99% of so-called electro pop bands are shit. These guys are not. It's not indie kids playing with synths, it's only really the drums that have any electro influences -- an experiment that worked very well for Foals. AHAHW doesn't sound like Foals, though -- their music doesn't have the frenetic sound which Foals are known for -- but those influences are definitely there.

This German three piece released their eponymous debut way back in December, and I can't believe they've managed to stay under the radar for so long! You can get that album here.
- Google Dwayne
Streaming source: http://soundcloud.com/kontakt-19/crystaleyed
TOUR DATES
View all X tour dates for .

A HOME. A HEART. WHATEVER 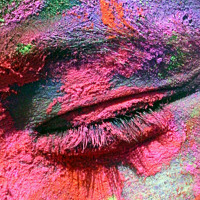 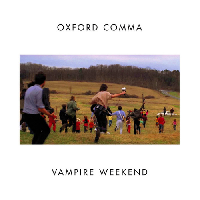