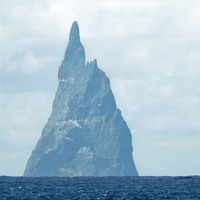 We're all a little late to the game sometimes. In this case, it's the fact that I missed the release of the single "Fitzpleasure" back in January. But, I'm here to make amends. And that's what's important.

Interesting factoid: Alt J is the pronunciation of the band's symbol, âˆ†. I assume this has something to do with keyboard combinations.

Based out of Leeds in the United Kingdom, Alt J have been going at it since 2007. It took them five years to release their full album, but along the way they had a few cool EPs -- notably the release of Matilda / Fitzpleasure on a triangle shaped 7" record via Infectious Records. Lord knows how that even works...

You can stream the full album courtesy of Soundcloud.