I wrote about "Disobey," back in 2011 because it was quirky, yet smooth. There was a swagger to it that I couldn't resist, even when the duo themselves only considered this particular tune to be just a demo. I'm actually still not sure why they would consider this a demo, but I sure hadn't.

A couple of years later they blew up, but their very solid quirky-production and seductive vocals remained the same. It was George's Timbaland-esque allure to his productions that had initially reeled me in, and then it would be Aluna's perfectly smooth vocals to keep me there until I realized that 'one without the other would never do the trick'.

Years later, here I am, metaphorically looking for a different species of fish in an aquarium that only seems to currently have one, and it's this old song to give it to me as I sit at my desk programming the vibe with music for NYC's latest downtown speakeasy.

Aluna's ability to keep her vocals in a range where they never go over-the-top, still does it for me so seamlessly today. 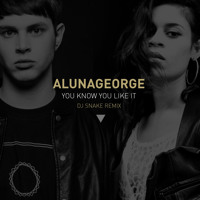 AlunaGeorge - You Know You Like It (DJ Snake Remix) 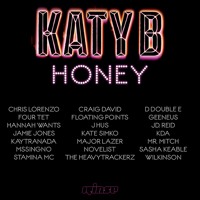