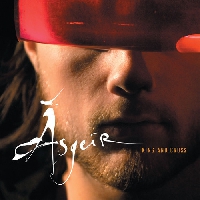 Icelandic singer/songwriter Ãsgeir Trausti released his debut album Dyrd i daudathogn back in September 2012 at the tender age of 20, scoring his home country's fastest selling debut by a domestic artist ever. Fast becoming a national sensation, Ãsgeir went on to gain multiple accolades at the Iceland Music Awards in February, including "Best Newcomer." Now he's bringing his distinctive melancholic melodies to foreign shores with an English language version of the album, In The Silence, set for release on January 27,2014.

With delicate guitar flurries and ethereal vocals akin to Justin Vernon of Bon Iver, this track is a stunning folk offering to rival all others. Sung in his mother tongue, I can only hope it displays some of his acclaimed 72-year-old father's poetic penmanship: lyrics that have garnered as much attention in Iceland as the music itself.

And, with an English language teaser entitled "Was There Nothing?" leaked on YouTube last week, as well as a coveted spot on the opening episode of Made In Chelsea's Season 6 on Monday, Ásgeir seems well on his way to international fame.

Further listening of his debut reveals refreshing nods to the glitch pop sounds of James Blake, making the Nord a real one to watch out for in both the folktronica stakes and beyond.