Atoms For Peace What The Eyeballs Did

Atoms for Peace jolted through the Windy City on Wednesday night,  conjuring up an entrancing sonic landscape like sorcerers of sound at the UIC Pavilion.

Featuring Radiohead producer Nigel Godrich, Joey Waronker of Beck and R.E.M., and Brazilian instrumentalist Mauro Refosco, what makes Atoms for Peace a superband is Radiohead's frontman Thom Yorke and Red Hot Chili Pepper's bassist Flea -- a fact I shouldn't have to reiterate, but feel compelled to based on lacking attendance.

With influences obviously reminiscent of their parts, the sum of Atoms For Peace is something completely unique. Flea's rattling bass lays the basis for Thom Yorke's precision harmonies to forge an entrancing sonic landscape.

They're also more than a supergroup. Atoms for Peace boast a fantasy band roster; their live set is like watching an all-star team run up the score. The musicianship is overwhelming.

As such, their presence brought a level of energy to the material. The nearly two-hour set featured  the majority of Yorke's 2009 solo debut The Eraser, which brought about the formation of the band to present the album live, thus leading to the band's debut AMOK back in March of this year. Accompanied by massive screens reminiscent of Radiohead without the rotating boxes, and jagged, pulsing tubes of light, the visual experience was as interesting as the musical one.

Opening with "Before Your Very Eye," the beginning of the set included "Ingenue" and "Default" before the first encore (which felt more like an A set & B set, 10 songs to 5), which featured highlight "Feeling Pulled Apart by Horses." Though they covered Radiohead's "Paperbag Writer," it would be interesting to see them experiment more with their separate catalogues, even if it's only a single slot in the set; either way, it was a treat. Notable in the second encore was live debut of "What the Eyeballs Did," as well as the band's namesake "Atoms for Peace" and the finale "Black Swan."

A limited time offer, this side project masterpiece delivers in every aspect. With few dates scheduled, they remain the must-see act of 2013. Currently they are scheduled for both weekends of Austin City Limits, with a trip to Mexico City for a couple shows in between and a run in California, including Treasure Island Music Festival in San Francisco, before taking off to Japan. 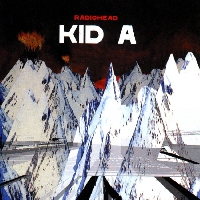 Radiohead - Everything In Its Right Place 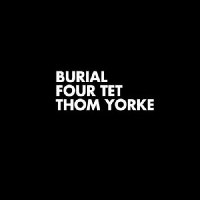