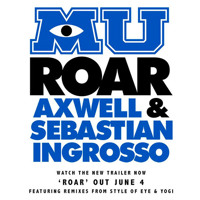 Philip Friedman
Published:
Jun 06, 2013
Total plays:
22,873
Saved:
142 times
Sounds like: Daft Punk, Justice, Swedish House Mafia
Tags: house, dance, electro dance
Why do we like this?
I know that Disney and Swedish House Mafia don't necessarily go together, but apparently that's what we're getting with the Monsters University soundtrack.

Released this week was the single for the newest Disney/Pixar movie Monster University, done by none only than two-thirds of what was Swedish House Mafia, Axwell and Sebastian Ingrosso.  As if a sequel to Monsters Inc. wasn't enough to get me excited, they had to throw in a killer electro-house track.  The track is fittingly called "Roar" and Axwell and Ingrosso show their French-house roots  with some grooving bass with a super funky breakdown reminding of some old school Daft Punk.

I have no clue how the track is going the fit into the overall scheme of the movie... my best guess would be some kind of monster house party.  I mean, what else are college-aged monsters listening to house music going to do but throw a wild rager? With Disney tapping the talents of artists like Daft Punk for the Tron soundtrack and Skrillex appearing and being included on the Wreck It Ralph soundtrack, it kind of makes sense.

Regardless, "Roar" stands on its own as an EDM track, and I can't wait to hear it in Monsters University, which is set to be released in theaters on June 21.  You can also check out two remixes of "Roar" on the single by Yogi and Style of Eye. You can check them out via iTunes right here.
- Google Philip Friedman
Streaming source: https://www.youtube.com/watch?v=bJWgnR2fdgA
TOUR DATES
View all X tour dates for . 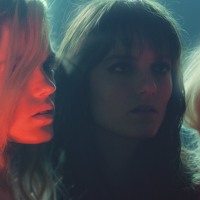 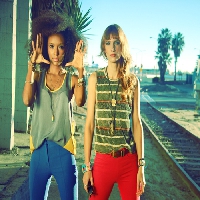 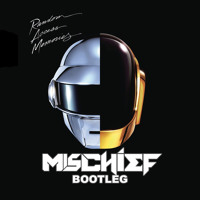