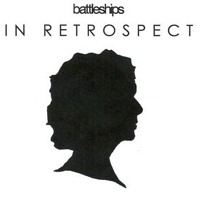 Monica McClure
Published:
May 27, 2012
Total plays:
34,970
Saved:
168 times
Sounds like: Radiohead, Oasis, Supergrass, Underlights
Tags: indie rock, Australia, radiohead
Why do we like this?
Whenever I hear that a band is from Queensland, I assume they're going to be some sun-drenched pop or surf punk outfit, but Battlefields are ruining my stereotype with their moody, atmospheric brand of indie rock. Maybe that's why they moved to Sydney.

Battleships haven't yet released an EP, but their single "In Retrospect" has already been picked up and cast into the orbit of Australian national radio where it happily reached my eager ears.

Battleships make it sound easy with "In Retrospect." The track starts off modestly stripped back with simple guitar and fragile vocals before kicking into a fuller sound with some sweet chords, driving rhythm and satisfying harmonies. Yep, they do cite Radiohead as an influence, and you can definitely hear the result of hours of angsty teenhood listening to Thom Yorke's quavering melodies throughout "In Retrospect," but Battleships manage to give it their own flavor and pull it off.

Apparently the band got off to a bit of a rocky start after two of the three band members moved to Sydney and the final member took some convincing before he agreed to follow, but I'm glad they managed to get it together.
- Monica McClure
Streaming source: http://soundcloud.com/battleshipscontact/battleships-in-retrospect
TOUR DATES
View all X tour dates for .