It's always quite distressing when artists debut a new album, especially when their former releases was such a success. Can they live up to the hype? Do they sound completely different? Have they sold out? These are questions music critics and fans always ask themselves in reaction and response to what they hear but rarely does an album spark fresh intrigue and nostalgia at the same time.

With the triumph of Teen Dream under their belts, Beach House has welcomed another stunning album with a suitable title. Bloom, the Baltimore duo's fourth album, is big and full of power while unquestionably staying true to what they are best at: creating hypnotizing, tranquil tunes that send you on a hazed-out, magical journey toward a euphoric daydream.

It's clear that Alex Scally and Victoria Legrand have been utilizing their extraordinary technical skills to bring swathes of layered emotion through very simple instrumentation. In an interview with Pitchfork, Scally refers to Bloom in comparison to previous albums saying, "I hate it when bands change between records, that's not the way we work." He is also quoted saying the album is like "a huge crystal, spinning in a cave with Star War figurines."

In anticipation for the release, Indie Shuffle has already prematurely evaluated tracks "Lazuli", and "Myth" with an overall consensus of them being "absolutely beautiful", "delicate" and "tasteful" -- statements I don't think anyone can argue.

"The Hours" (the song featured above) has the musical quality and brash honesty to set fire to being fearful in love. The emblematic lyrics "Change your mind, don't care about me/Frightened eyes looking back at me/Change your mind, don't leave without me," is something we can all relate to. Yes, most of us can sympathize, but Legrand makes the tender feeling sound so beautifully buoyant doesn't she?

"Wild" starts off with a buzz and a gaping surge, while "Troublemaker" ignites a rather dark and enticing cacophony. The stylistic shifts between choruslines and instrumentals in these two tracks are both powerful and pervasive while the lyrical arrangements are reminiscent and emotional.

"Wishes" is a delicately harmonized track full of glimmering electronics, organ swells and Victoria Legrand's softly sung sentiments and sorrows. To me, "Wishes" sounds like a stellar bonus track that could have been included in Teen Dream.

In Bloom's final moments we are left with an album that is already getting the kind of momentum and attention indie bands would dream about these days. All we can hope for is more solid albums from this fantastical group in times to come. With that said friends, it's time to sit back, relax, light up and (finally) enjoy Bloom in its entirety. 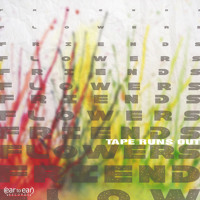 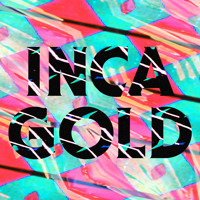