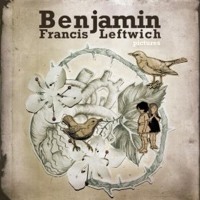 Dwayne
Published:
Jan 29, 2011
Total plays:
61,613
Saved:
331 times
Sounds like: Bon Iver, Mike Posner, Foals
Tags: folk, acoustic, singer-songwriter
Why do we like this?
With a name sounding more like a member of the landed gentry than a pop star, I wasn't entirely sure what to expect from Benjamin Francis Leftwich. Okay, so he isn't really a pop star, but to the best of my knowledge nor is he a member of the landed gentry. What he is, though, is something of a folk-star, if such a thing exists.

Now, I don't want to be one of those media types who says "guy with a guitar singing his heart out? Must be Bon Iver" because comparisons like that don't tend to do anyone much good. However, there isn't really a British "answer" to Bon Iver yet, so I suppose that's something.

After all those comparisons, what's so good about this guy? Well, Zane Lowe picked this track as his "greatest song in the world right now" (and we're sharing it here), so it must be pretty good. As soon as you play it, Letfwich's voice feels so familiar and comfortable; it's perfectly melodic and it fits in nicely with the neatly-picked guitars behind. This track's brilliance lies in its simplicity - it literally is a guy with a guitar, but it's very rich in texture and really fills any space it occupies. The song feels like it really means something -- it's poignant, and this is just the beginning.

Add his name to your radar, because one day in the not-to-distant future, he'll be someone you will be hearing a lot more of. Leftwich's EP is out on Dirty Bit March 7. British readers can catch him on tour in February, and US fans can see him at SXSW for his debut American gigs.
- Google Dwayne
Streaming source: https://www.youtube.com/watch?v=l6N3jUDKzq0
TOUR DATES
View all X tour dates for .