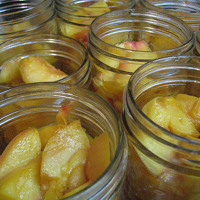 Benoît Pioulard A Coin On The Tongue

Kyle Suss
Published:
Mar 24, 2011
Total plays:
15,171
Saved:
35 times
Sounds like: Foxes In Fiction, Bibio, Atlas Sound
Tags: Electronic, experimental, folk
Why do we like this?
I figured somebody would jump on this review long before me, as this isn't my usual cup of tea, but spring is here and there is no doubt that I'll be blasting some BenoÃ®t Pioulard. American songwriter Thomas Meluch makes me feel like a little boy skipping around in a field of flowers with his uplifting voice and carefree melodies.

A closer look at the song lyrics reveals that "A Coin on the Tongue" is not quite the happy springtime tune that I originally pictured. BenoÃ®t is playing tricks on my senses when he starts a song with a happy folk melody and then decides to jump in with these lyrics:

Say hello to the end and it's big fucking jack-o-lantern grin.

I'll admit I still really like it though. He keeps it going with "blackened nails and acumen" and "lacerated fists full of arrowheads" but he sounds so happy when he's doing it that I can't help but smile and bob my head.

"Shouting Distance" is another favorite, but I don't think I've listened to a single song from the album that I didn't like. BenoÃ®t does a good job of throwing some variation into his music while managing to maintain his folk roots. He also has a couple of EPs available, but I suggest starting with Lasted as it's a good listen the whole way through.