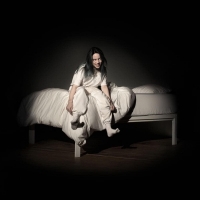 Last Friday, Billie Eilish finally released her highly anticipated debut album, WHEN WE FALL ASLEEP, WHERE DO WE GO?, and with it came a new single titled "bad guy".

"bad guy" is the first track (technically second, but the first is just an intro with ASMR vibes while she's taking out her Invisalign retainers) on the album and it is the perfect start to a very impressive release. The song is a banger. Billie's soft and quiet voice perfectly contrasts the upbeat and bass heavy production. The production, by the way, is so good that the beat is arguably catchier than the lyrics. It also blows my mind that her voice doesn't get drowned out by the heavy production, which is a testament to the mixing and mastering of the song.

Overall, the song is a bop, the album is amazing, so just listen to it.