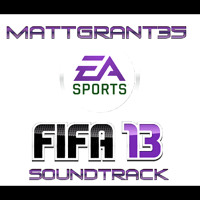 Bloc Party We Are Not Good People

The critically acclaimed, indie rock quartet Bloc Party are back with an unexpected new sound on their first album in nearly seven years.

The debut Silent Alarm (2005) introduced the band's punchy, shouty, "almost-dance-music-but-not-quite" style that was welcomed by the music community with open arms. In a post-millennial blur of UK bands like The Libertines, The Kooks, and Maximo Park, Bloc Party ran the pack of being just talented enough, just cheeky enough, and just unpretentious enough to suggest something new.

Their unpresumptuous and approachable style made it easy to connect with fans while solidifying relationships with young party promoters across the globe. This led the band to eventually finding -- and owning -- their righteous place in the burgeoning indie rock community. Whether it was lead-singer Kele Okereke's unique vocals or "Matt the drummer" and his elevated drum technique, Bloc Party ran a cool factor that has always been completely unique and untouched by any other band.

As evident on each album in their discography, the band has always excelled at nailing and even forecasting particular trends in music. The first singles we heard all the way back in 2004 were simple melodies driven by staccato-laden lamentation - not dissimilar from bands like LCD Soundsystem, The Rapture, and other Gang of Four-inspired groups also gaining momentum at the time. Their second album, Weekend in the City, was a nod to indie disco that continued to speak to the dance music crowd and indie hipster alike.

Four, the band's first album since 2008's electronic-heavy Intimacy, retains the sentiment. We hear Kele plunge deeply into lyrics surrounding fame, society, and relationships. The band goes on a relentless rock spree, gently acknowledging the resurgence of alt 90s rock and post-hardcore - without allowing it to take over their sound entirely.

The title track of the album, "Day Four," is signature Bloc Party material. The listener hears steady drums, lilting, melodic vocals paired with soaring guitar and trembling bass. Other tracks like "We Are Not Good People" have the same listener double-checking the iTunes playlist to see if they've stumbled across an old Nickelback song.

While there are no immediate standouts, Four is a good listen. It's well-rounded, confident, and a complete body of work that supports their natural evolution as a band, and growth as individuals. 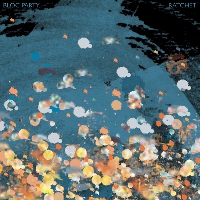