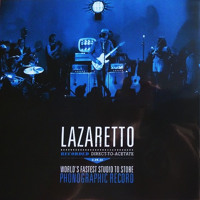 Joshua Mellin
Published:
Jun 21, 2014
Total plays:
10,895
Saved:
183 times
Sounds like: The White Stripes, The Raconteurs, The Dead Weather
Tags: indie rock, rock, Live Review
Why do we like this?

Recapping Bonnaroo can be prove to be a futile effort. Not just because many of the live streams are now readily available online, or the already wall-to-wall coverage, but because Bonnaroo is simply about being there.

Not all of my favorite memories of Bonnaroo haveoriginated on its stages. Most are at campsites with friends, with the interesting characters I’ve encountered and the wild sights I’ve seen. Whether it was getting lost in a rainstorm my first night in 2009, seeing that guy get stuck in the mud in 2010, or watching it rain down stars in 2011--it’s those experiences that I’m reminded of when I think to Bonnaroo.

This year it’s especially hard to convey the feeling of the Roo. Armed with artist passes, we were granted a perspective unlike any other in our previous five efforts. Basically we were granted the ability to walk through walls: go anywhere and do anything. It’s impossible to properly explain what it was likewalking up the stairs to the viewing platform on the main stage the first time for Janelle Monae. Looking out at the sea of people, past the arch, out into the city of tents all at once barely seemed real.

By the time sunset fell at What stage for Vampire Weekend's set, the reality had hit. Returning to the fest with Modern Vampires of the City in tow, their crowd size had balloonedsince their tent set in 2008.After a quick jaunt to see Phoenix on Which (the secondary main stage), it was right back to What for the most decisive performance of the weekend: Kanye West.

Following the well-documented 2008 scheduling debacle, which led to years of "FUCK KANYE" spraypaint tags across the grounds, I was excited for a redemptive set from one of music’s most unpredictable performers. Though it was stripped down from his Yeezus arena tour (there was no mountain, no monsters, and no dancers), Kanye managed a rich and visually immersive performance.

Withno apologies and calling out the press, West claimed anyone that’s a fan of his music “was a fan of themselves,” though that message was largely lost on the part of the audience thatmostly decided to stay in the "FUCK KANYE" camp. Unfortunately for many of those fans who yelled for him “to play music” over and over, they missed a hit-laden set.

The next day we recovered in time to make it in for one of our favorite artists, Gorillaz co-creator and Blur frontman Damon Albarn, who played tracks from all his efforts -- including The Good, The Bad and The Queen and his debut solo album,Everyday Robots. Featuring guest appearances by The Hypnotic Brass Band on Gorillaz's “Broken,” De La Soul on the festival anthem “Feel Good, Inc.” and Del The Funky Homosapien for only the second time on “Clint Eastwood,” Damon exceeded expectations.

Next we slid over to Chromeo’s celebratory set at Which stage to find Dave 1 and P-Thugg absolutely getting down. Back at What stage we caught the end of Lionel Richie’s set from the pit while he played the song everyone was waiting for (“All Night Long”) before coming out for a surprise encore of Michael Jackson’s “We Are The World” that had the 40-plus crowd shimmying where they stood.

The day paled in comparison to that night’s headliner. Saturday night saw a homecoming long in the making. In 2007, The White Stripes played one of their most legendary sets to close out the Which stage. In 2008, Jackreturned with the Raconteurs. In 2010, his other band The Dead Weather played before Stevie Wonder and Jay-Z. After years of anticipation, the main stage spotlight was squarely on Jack White.

With his second solo album, Lazaretto, rocketing towards a #1 debut, Nashville’s adopted son was in rare form. Easily exceeding previous stops at Lollapalooza and Outside Lands, he reached a level not seen since he and Meg parted ways. Playing well over his allotted set time, he opened with “Icky Thump,” played a Raconteurs section, covered Led Zeppelin, and played a 10-song encore rich with White Stripes rarities before closing his 26-song set with “Seven Nation Army.”

By the time we made it to Skrillex’s super jam we were only able to hear Janelle Monae cover Michael Jackson’s “Wanna Be Startin’ Somethin” and James Brown’s “I Feel Good” from the back of This Tent, but that afforded us a partial view of the Flaming Lips glowing rainbow stage.

On Sunday,Alex Turner’s Arctic Monkeys playedan afternoon set to a headliner-sized crowd at What, easily one of the largest of the entire weekend. Playing through most of last year’s AM, “Do I Wanna Know,” “Snap Out Of It,” “Why’d You Only Call Me When You’re High?” and closing with “R U Mine?”, the English rockers were the clear winners of the weekend, cementing their future spot on top of the lineup.

Though I initially questioned Broken Bells (6:15pm) and Wiz Khalifa’s (8:15pm) placement on the Which stage schedule, considering the festival'shistory in closing the weekendwith prime indie acts, the decision worked perfectly. The intergalactic-looking sunset during Broken Bells provided the perfect backdrop for their newest album, the loosely sci-fi themed After The Disco, while Wiz’s empowering set provided a greatcome-down for the weekend as hetook blunt breaks between songs.

The night ended with legacy headliner Elton John. Though there were undeniable highlights (the entire side one of Goodbye Yellow Brick Road, the early “Tiny Dancer” sing-a-long, and a fan releasing a Buzz Aldrin balloon during “Rocket Man”) not even a guest appearance by Bonnaroo veteran Ben Folds on “Grey Seal” could elevate Sir Elton’s first American festival set. Whether we were spoiled by Jack White, by the time Elton closed with “Crocodile Rock,” everyone was expecting just a bit more before the mounted police officers forced us off the field.

With another perfect Roo onthe books, it will be exciting to see how organizers top themselves next year. After legendary headlining sets from Arcade Fire, Radiohead, Paul McCartney, and now Jack White in just the past few years, what surprises could 2015 possibly hold?

Be sure to check out our photo gallery on our Facebook page! 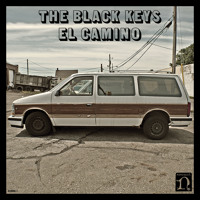 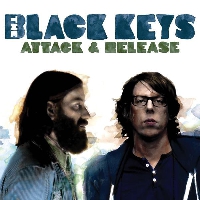 Sounds like: The White Stripes, The Raconteurs, The Dead Weather
Tags: indie rock, blues rock, the black keys
Save (107) 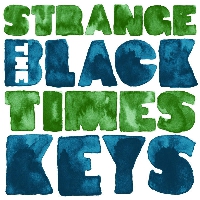 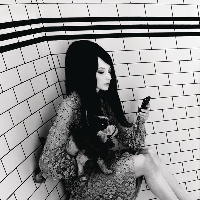