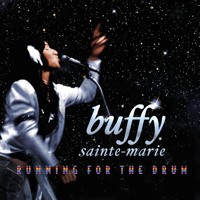 Every so often, I come across a song that I'm amazed I haven't heard before. They're generally the timeless kind that could have been written yesterday or forty years ago.  In this case, it's the latter.

Buffy Sainte-Marie is one of those stalwarts of the folk movement that gathered so much popularity in the 60s, known for her distinctive vibrato and eminent lyricism.  Part Canadian and part Cree (a Native American tribe), she also worked closely with other notable names in folk such as Joni Mitchell and Pete Seeger, among others.

Like so many folk songs of the era, "Little Wheel Spin and Spin" is a quietly powerful piece with a subtle and sharp sociopolitical message that still rings true today.  Throughout the song, Sainte-Marie's feathery finger-picking and delicate voice seem to become steadily more urgent without actually gaining in force, which only adds to its captivating and hypnotic allure.