Jason Grishkoff
Published:
May 30, 2011
Total plays:
20,722
Saved:
54 times
Sounds like: Daphni, Four Tet, Panda Bear
Tags: Electronic, ambient, experimental
Why do we like this?
When Caribou's album Swim was released in April of 2010, the standout track for me was "Sun." The song was so good that it spawned a remix competition hosted by the artist himself, for which there were two entries that particularly caught my ear at the time: The Mosaic remix and the Short Bloom remix.

More than a year later, this gem by Pyramid has come along to remind me how much I enjoyed the original. Featuring unique synth work, the remix still manages to stay true to the entrancing nature of the original track. Notably different (besides the fact that it's a slightly different key) is the percussion, which replaces captivating cymbal work with a dancier, bass-heavy interpretation. Overall, quite enjoyable!
- Google Jason Grishkoff
Streaming source: http://soundcloud.com/vos-factory/caribou-sun-pyramid-remix
TOUR DATES
View all X tour dates for . 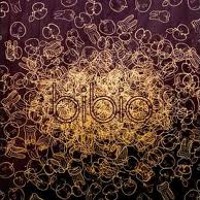