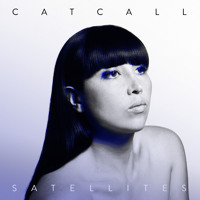 Hugh McClure
Published:
May 16, 2012
Total plays:
4,232
Saved:
410 times
Sounds like: Ladyhawke, Metric, Little Boots
Tags: female vocalist, electro-pop, pop
Why do we like this?
Australian female pop music has been overshadowed in recent years by the New Zealand juggernauts of Kimbra and Ladyhawke. Australia however, has a (not so) secret weapon to rival the aforementioned sensations. After initially starting out in punk band Kiosk, Catherine Kelleher, who goes by the moniker Catcall, has released her debut album The Warmest Place.

Four years have passed since Catcall's self-released EP Anniversary - a hip-hop infused first offering which lead to her being signed to Ivy League Records (home to Alpine, Cloud Control and Deep Sea Arcade). Since then, her music has developed into evocative, well-produced dance pop with splashes of her old swagger shining through.

The Warmest Place is overflowing with potency and confidence, fusing influences together with catchy hooks and solid song-writing. Compiled from 2009 to 2011, it features the co-writing, mixing and production work of some of Australia's finest, and the results are spectacular.

Current single "Satellites" oozes 80s dream-pop influence, with her drifting vocals towering above a variety of groove-driven synth lines. "Swimming Pool," released in 2010 to a top spot on Hypem, was universally acclaimed for its incredibly poignant, moving character. "Shoulda Been" is perhaps the highlight for me. Upbeat and terrifically catchy, it maintains Catcall's brimming self-assurance in her music. It's a sublimely varied album, with the funky "Art Star" contrasting delightfully with the determined and deliberate "August."

Four years have definitely seen Catcall mature as an artist, and The Warmest Place will no doubt see her ascend in recognition. This is a truly assured debut and will no doubt be much-celebrated locally and abroad.
- Google Hugh McClure
Streaming source: http://soundcloud.com/catcallmusic/satellites
TOUR DATES
View all X tour dates for . 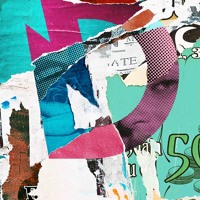