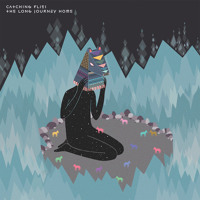 sean o
Published:
Jun 04, 2013
Total plays:
2,546
Saved:
139 times
Sounds like: Kid Smpl, Fauxe, Esbe
Tags: downtempo, ambient, chill
Why do we like this?
Just over a year ago, we hyped a Coldplay-sampling electronica tune called "The Stars" by an unknown London producer. His name is Catching Flies, and he's a mysterious character "” one who has blessed the music-blogging world with lovely collection of downtempo cuts.

Catching Flies turned a lot of heads with his last EP, and he's looking to open even more ears and eyes with his new project, The Long Journey Home (out on June 17th). In anticipation of this upcoming release, we are premiering the EP's lead single, "Stay Forever" (if you pre-order The Long Journey Home over at Bandcamp, you can get an instant download of "Stay Forever").

I also had a chance chat with Catching Flies. Check out our conversation below, and let me know what you think of "Stay Forever" in the comments below!

Why is your new EP titled The Long Journey Home?

It's named after the last track on the EP, a mainly instrumental track which I wrote with that long journey home in mind "” empty streets, late at night, etc. I also felt the name encompassed the vibe of the EP quite well and so it stuck. A name's a name, really. There's no big concept behind it.

"Stay Forever" has these wonderful broken beat, R&B-type vibes. What can fans expect from the other tracks on the EP?

Thank you! If you liked The Stars, you'll like this one I hope. I'll let the tunes do the talking. The EP also comes with two wicked remixes of "Stay Forever" "” one by Sun Glitters, and the other by Village.

Your debut EP, The Stars, was for me one of the better releases of last fall. Notably, your "Life Size Ghosts" remix now has over 160,000 listens on SoundCloud. Which artists, if any, are you interested in remixing this year? Any chance for a collaboration with Mt. Wolf?

I actually spoke to Kate Sproule (Mt. Wolf's lead singer) about working on some stuff ages ago but haven't got around to it yet. So thanks for reminding me! I'd definitely like to work on something with her in the near future "“ she's got a great voice, and it's very emotive. In terms of remixes, I've been trying not to take any on for a while to focus on my own material but I'll be doing a few in the next few months I think.

You told The Kollection in an interview earlier this year that you are influenced by the broken beat movement. Which artists or records would you recommend to someone who wants to explore broken beat for the first time?

Kaidi Tatham, all of the Bugz In The Attic guys, IG Culture, and New Sector Movements (a group formed by IG Culture), Mark De Clive Lowe, 4 Hero"¦ the list goes on. But that's a good starting point. Kaidi Tatham & Dego's "Got Me Puzzled" was probably one of the first tunes I heard and was like what is this?! (in a good way"¦) Also a tune by DKD called "Brighter Day." Go check!

A few nights ago I ate the moon and a couple of stars. Really tasty.
- Google sean o
Streaming source: http://soundcloud.com/catchingfliesmusic/stay-forever
TOUR DATES
View all X tour dates for . 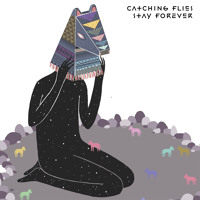 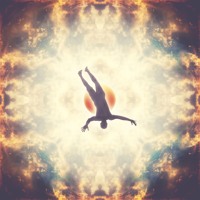 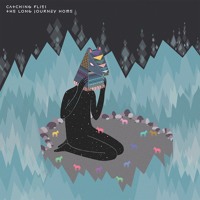