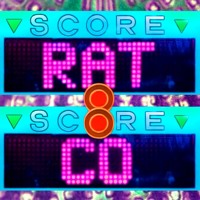 Hugh McClure
Published:
Jun 15, 2013
Total plays:
16,198
Saved:
220 times
Sounds like: Boards of Canada, Burial, Four Tet
Tags: Electronic, remixes, electronic remixes
Why do we like this?
Chet Faker should be known to most of you by now. The Melbourne electronic musician first caught our attention back in mid-2011 with his rendition of Blackstreet's classic R&B track "No Diggity" (which was also featured during this year's Superbowl on this Beck's ad), before breaking out last year on the back of his debut EP Thinking in Textures.

Regular Indie Shuffle followers may also remember us having featured a number of tracks from Rat & Co earlier this year, with their album One (å£±) Uno (å£¹) Ein still one of my favorite records of the year.

The link between these two acts is strong, with Rat & Co mastermind Josh Delaney a key member of Chet Faker's touring band, so this remix should come as no surprise. Rat & Co have hardened the track somewhat, adding sharp percussion and some metallic samples, but I think this combination works really well.

The buzz around Chet Faker doesn't seem like it will disappear anytime soon, as he's been busy collaborating with or covering a slew of big-name artists including Flume, Say Lou Lou, the Temper Trap and Burial. On top of that, he was voted among the 10 Most Powerful Beards in Australian Music recently.

Rat & Co have just completed a tour around Europe which saw them support Faker in England, France, Germany and Spain, and just announced a national tour back home. Here's their latest video for their track "Now You're Dreaming".