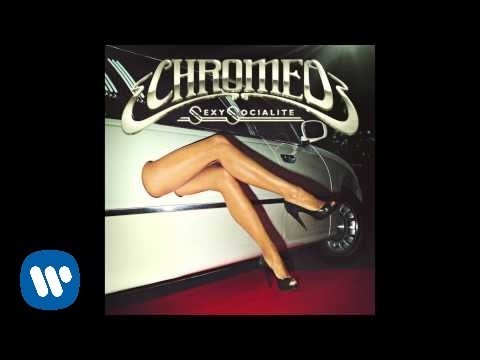 Electro funk royalty Dave 1 and P-Thugg, or Chromeo as they're more commonly referred to, are at home in New York City. The Montreal-hailing legends-in-the-making wrap up their COME ALIVE U.S. tour in the Big Apple this weekend, with back-to-back sold-out shows at Terminal 5. Last night, the three-floor venue was jam packed with exciteful yuppies, hipsters, suits, bros, and babes on a rainy Friday evening, the first of two weekend performances.

Fresh off a GQ spread, Dave 1 is the showman. Wearing skin tight ripped jeans and a dope leather jacket (which he continuously collar popped like a young James Dean), he smoothly navigated the stage with an electric guitar slung around the neck, looking like a true rock star. P-Thugg was more of a mystery, but equally intriguing. Surrounded by keyboards, synthesizers, and a few cymbals, he sang and spoke to the crowd through a talkbox, giving off a robotic makeup... but no machine could ever be this funky.

The duo performed with awesome accoutrement, immersing the excited crowd into the sexiest kind of funktronica vibes. Supported by an array of colorful high beams, strobes, and some scandalous props, highlights of the performance included crowd favorites like the sensational "Bonafide Lovin," the scandalous "Tenderoni," the ode to mother-lovers "Momma's Boy," the groovy "Over Your Shoulder," and plenty of other hits. The crowd was most hyped for their latest and very last banger "Jealous (I Ain't With It)," a track that could potentially snatch some awards this year, and possibly garner a Grammy nod. At the very least, it's come off the sideline to replace Pharrell's "Happy" as the summer's feel-good tune.

Dave 1, P-Thugg, and the rest of the talented ladies and gentleman who work together to put on this show do nothing less than follow the Chromeo motto (as per their Facebook page): Know thyself, know thy vibe, and stay thy course. It's a vibe that should not be missed, and the crew now shuffles off to Europe in a continued push for White Women, their chart topping album that has ears perking, legs stanking, and booties shaking all over the globe. Vibe on, Chromeo. Vibe on. 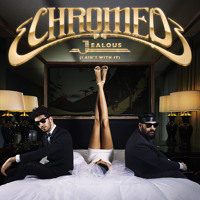 Chromeo - Jealous (I Ain't With It) 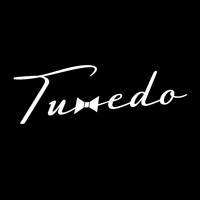