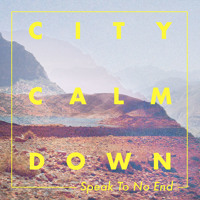 City Calm Down Speak To No End

Hugh McClure
Published:
Nov 14, 2013
Total plays:
12,120
Saved:
163 times
Sounds like: The Horrors, Cut Copy, World's End Press
Tags: electro-pop, synth-pop, dark pop
Why do we like this?
City Calm Down is a band I've been following for a little while now; their Movements EP was one of my favorite musical highlights of 2012. This release garnered them plenty of attention, and saw them take their electric live show on the road with the likes of Alt-J, Totally Enormous Distinct Dinosaurs, and CHVRCHES during their Australian visits. Currently completing work on their debut album, the Melbourne four-piece recently released the first of two upcoming singles which will appear on next year's LP.

On "Speak To No End," they've found another way to increase my already high opinion of them. Polished and expansive, it's a track that speaks of a band who had previously only scratched the surface of their potential and are now taking that next step forward.

With a lead vocalist as impressive as Jack Bourke, you wouldn't blame a band for hiding behind this weapon, but City Calm Down doesn't do that. "Speak To No End" is an impressively well-rounded single, with Bourke's frantic vocals taking the lead at various points before disappearing under some perfectly arranged synth and percussion waves, creating that eerie, almost alien sound the band has made their own.

Luckily, we won't have to wait long for new material from City Calm Down, with their album's second single "Pavement" (a track worked on with producer Malcolm Besley) slated in to be unleashed early next year.
- Google Hugh McClure
Streaming source: http://soundcloud.com/iohyouparty/city-calm-down-speak-to-no
TOUR DATES
View all X tour dates for . 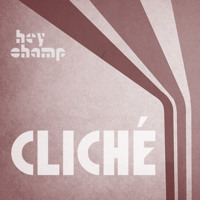