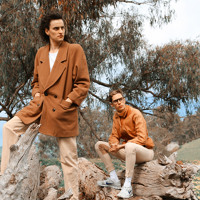 A couple of months back, we brought you our thoughts on “Free To Fear,” the latest single from Melbourne duo Client Liaison. Their 80s/early 90s throwback sound has been a joy to behold over the past couple of years, and their previously cult following has continued to grow from release to release. Now, as part of the “Free To Fear” release package, we’ve been treated to a bonus package including b-side single “That’s Desire.”

While I’m starting to learn what to expect from a Client Liaison release, it still doesn’t diminish the quality of their music. This new track is as slick as they come, full of driving synths and bubbling percussion, with Monte Morgan’s persistent vocals pushing the pace along. The time-warp is even topped off with a sax solo, pretty much a prerequisite for music like this.

It wouldn’t be a Client Liaison release without an amazingly flamboyant film clip, and the guys have not let us down with their latest effort (check it out below). Also part of the release package is remixes of “Free To Fear” from international synth-sensation Com Truise and mysterious beat-maker Knightlife (with both available on the band’s SoundCloud). 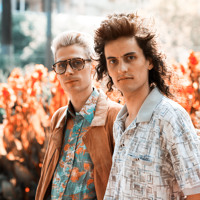