Cloud Nothings have been on my radar since the release of Attack On Memory back in January 2012. To date, it's still on of my favorite albums -- I even bought the vinyl record. Their upcoming album, Here and Nowhere Else, is coming out on April 1 via Mom + Pop/Carpark Records, and they decided to share a single from it a few days ago.

Grab a pre-order of Here and Nowhere Else on the band's website. 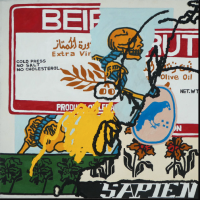