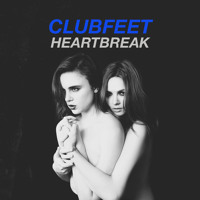 Clubfeet, a synth pop band by way of Melbourne, enjoyed huge success with their LP Gold on Gold (2010), with a number of dance floor favorites and numerous remixes (see Softwar's remix of "City of Light"). Having recently supported the likes of Miike Snow and Yuksek on their Australian visits, they've confirmed the early 2013 release of their sophomore album Heirs and Graces.

Fortunately, we won't have to wait that long to hear more from the band, with the album's first single already out. "Heartbreak" is a delicious slice of 80s infused synth-pop pie, and features gorgeously warm female vocals from fellow Melbourne local Chela. The simple interaction between the vocalists is a highlight of the track, slotting right into the smooth air of the track.

This is a super first track, and a great reminder that the (Australian) summer is not far off.