Any day with a new jam from Collarbones is automatically a good day. Crash your car? Collarbones. Get fired? Collarbones. I'd even go as far to say that a new single from the flamboyant duo would make me feel better even if my cat died! (Note: I don't own a cat).

I digress. Today is in fact a good day. Travis Cook and Marcus Whale debut their latest single, the first off their upcoming third album, Return. Complete with that trademark exuberance that has been a feature of their music from day one, "Turning" is almost a modern day take on the new jack swing wave that blew up in the late 80s. A grimy, bass-heavy beat is prevalent throughout, leaving Whale's typically impulsive vocals to take center stage. Bobby Brown himself would be impressed with this one!

This year has already been a big one for Collarbones; their Atlantis 2014 dropped just a few months back. More importantly, they appeared alongside Yo Gabba Gabba! on their recent tour, and were followed on Twitter by one of the members of 5 Seconds of Summer. Let's prioritize things guys.

Return will be released in November 2014 via Two Bright Lakes / Remote Control Records. 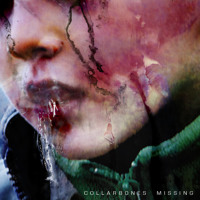