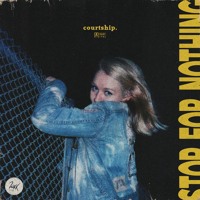 Courtship Stop For Nothing

Micah Gordon and Eli Hirsch “met when they found themselves both playing in the backing band of another LA artist, and within 3 weeks of knowing each other, they had already started a project.” That project, Courtship, reveals itself to the world in all its sunny, groovy, dance-tinged-pop glory today.

Micah, 23, is an Angeleno and trained jazz pianist. Eli, 21, is a Portlandian who grew up indie rocking. They take inspiration from artists like MGMT, Passion Pit, Starfucker, Stevie Wonder, Michael Jackson, and even Cyndi Lauper, channeling them as they write and produce in Micah's bedroom by the ocean. It’s a winning recipe of talents and influences from which a sparkling first release has arisen (via brand new label 20XX), titled “Stop For Nothing.”

The song captures a certain youthful energy that it urges you to embrace and savor – it’s the feeling you get from those time-blind moments of bliss that, if you let them, have the power dispel your inhibitions and replace them with the euphoric rush of complete immersion in the present. Picture yourself emptying your mind into the ocean on a cool summer afternoon, hopping in a cherry red convertible, throwing caution to the coastal wind, and just taking off towards anywhere without a care in the world as this song follows you down the highway.