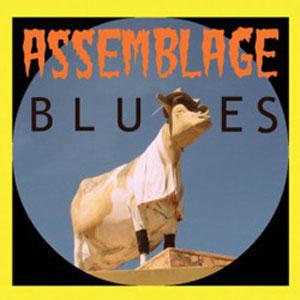 Kimberly Manning
Published:
Feb 28, 2011
Total plays:
3,304
Saved:
0 times
Sounds like: The Fall, The Jon Spencer Blues Explosion
Tags: experimental, blues rock, punk
Why do we like this?
Dan Melchior's dirty, gritty instrumentals and crackled, echoing vocals are strung along throughout the entirety of his newest release, Assemblage Blues from Siltbreeze.

The mash-up of garage rock and blues is interesting, but fuses together in a strange way. With unconventional rhythms (or lack thereof), grunting, and nearly unrecognizable lyrics, Melchior creates an album that is by far the strangest thing I've ever heard.

Mimicking old radio snippets, Melchior uses talking instead of singing throughout this album, creating a political feel on some of the tracks. The British singer uses high-pitched noises and slathers on punk rock overtones to create a collage of noises.

The truth is, I don't get it. Melchior has had a career of nearly 20 albums, both solo and with collaborators. However, his scattered and nearly unrecognizable beats and lyrics are something I must admit I am foreign to.
- Kimberly Manning
Streaming source: https://www.youtube.com/watch?v=-Q5Fn3ErBr4
TOUR DATES
View all X tour dates for .

Japandroids - To Hell With Good Intentions