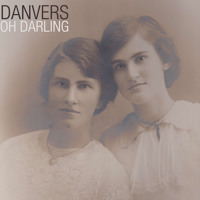 Hugh McClure
Published:
Dec 02, 2013
Total plays:
15,763
Saved:
135 times
Sounds like: Grizzly Bear, TV On The Radio, Bill Calahan
Tags: indie rock, folk, indie folk
Why do we like this?
An old favorite of mine, Adelaide indie pop band Fire! Santa Rosa, Fire! have been pretty quiet of late, having taken a hiatus from recording together. Despite this silence as a unit, members of the group have begun making music of their own, with Manor (Caitlin Duff and Nathaniel Morse) and Danvers having already been featured on Indie Shuffle.

Danvers is the project of David Williams,  who is now Melbourne-based. His debut single "Paper Skin" was released in March this year. The dreamy, folk-fused vibe we enjoyed on the first offering has been slightly altered the second time around; new single "Oh Darling" possesses a much heavier blues influence. Williams' gripping vocals will be the first thing you notice from the outset, with his husky, warm tones reminding me a lot of TV On The Radio's Tunde Adebimpe. These soulful undertones are continued with a raft of smokey guitar riffs and keys, with the breakdown toward the end especially powerful.

With an EP due out early next year, expect to hear a lot more from this talented singer-songwriter in the not-to-distant future.
- Google Hugh McClure
Streaming source: http://soundcloud.com/danversnoise/oh-darling
TOUR DATES
View all X tour dates for .