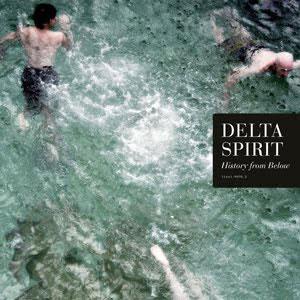 J Meagher
Published:
May 30, 2010
Total plays:
9,521
Saved:
28 times
Sounds like: Dr. Dog, Neil Young, Bob Dylan, The Band
Tags: folk-rock, americana, bluegrass
Why do we like this?
I first saw these guys open for Dr. Dog in a teeny tiny club in northern Virginia a few years ago. I had heard their first single, "Trashcan" on All Songs Considered a few weeks before and decided that is was an opener worth seeing. Thank GOD I did that because they gave Dr. Dog a run for it's money. The exuberance and soul of Delta Spirit's debut "Ode to Sunshine" was multiplied in a live setting. Anthemic, old-timey indie rock exploded from the speakers, and I was captivated. Their whole first album was fair game in the live setting and really translated into an invigorating set. "Ode to Sunshine" stayed in my car for a lot longer than most albums and I waited cautiously for their follow-up, knowing that the sophomore slump is a bitch and that even the best groups are victim to it.

Fortunately Delta Spirit eased my mind by producing a completely solid follow up. Though it is a departure from their debut album, I can't say that it's groundbreaking in any sense. Delta Spirit's bag was never innovation, and this album is pretty solid support for that. Borrowing from the Rolling Stones, Bob Dylan and Neil Young, and using vocal harmonies reminiscent of all bands that use vocal harmonies, Delta Spirit has made an album that is immediately likable and recognizable.

The album starts out with a duo of great rollicking up-tempo tracks "911" and "Bushwick Blues" followed by a soulful slow-burn track called "Salt in the Wound" which leads into one of my favorite tracks on the whole albums "White Table". The middle of the albums drags slightly but this is totally made up for by the two closing tracks. The standout of the album for me is the second to last track, "St. Francis". This is just pure spaghetti western badassness supported by a fantastic steady guitar lick. Please enjoy the music and support this incredibly passionate group.
- J Meagher
Streaming source: https://www.youtube.com/watch?v=M8tzgBCSJKA
TOUR DATES
View all X tour dates for . 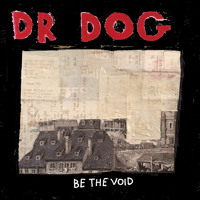 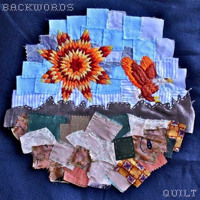 Backwords - Center of the Earth