sweeney kovar
Published:
May 24, 2013
Total plays:
18,155
Saved:
236 times
Sounds like: Knxwledge, Toro y Moi, Little Dragon
Tags: electro-pop, R&B, electro soul
Why do we like this?
After coming out of left field with a string of self-released singles, EPs, and finally an LP, Denitia & Sene share the evolution of their sound with "The Nude." The Brooklyn duo continue their tradition of smoky grooves, strong rhythms, and infectious vocals that propelled his & hers. to be a sleeper hit with this track.

Sene takes the lead on this one, both on production and songwriting. As the title might allude to, the track oozes sex, but not in a bawdry, crude way that say, Chris Brown or Ke$ha might. It's more along the lines of a teenage Sade that grew up New York during hip-hop's golden age.

Expect a hot summer from the duo. New projects and a beefier sound should make this just the tip of the Denitia & Sene iceberg. Also, pay no mind to the cheetah-printed, cut-off denim jacket images that accompany the music. As long as the tunes still knock, I'm game.
- Google sweeney kovar
Streaming source: http://soundcloud.com/denitiaandsene/the-nude
TOUR DATES
View all X tour dates for . 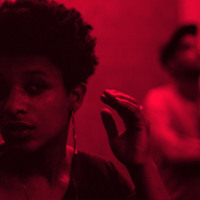