In an interview with Fader, David Longstreth explained the motive behind album Swing Lo Magellan:

"I never really cared about the lyrics before. Not very much. I have been so concerned with just sound and textures and tapestries. But [on this album I was interested in] this idea of the grammar of the melody being consonant with the grammar of the language, and the two being in tandem"”just finding simple things where the words do what the melody does on a emotional level. The words go somewhere, the words are about something real. That was one of the things that I kept coming back to. And another is just an immediacy and emotional clarity."

On "Socialites" off Swing Lo Magellan, both the lyrics and music hold attention, but the emotion wavers between honesty and irony. The saccharine melody mirrors Amber Coffman's earnest voice as she sings, "I think she's the prettiest lady I've ever seen... Sometimes I think maybe I could go and talk to her."  And the music transforms accordingly, although subtlety, as she continues, "The socialites who act so nice / Won't ever begin to let you in."  This  change of thought repeats. However, the lyric's and the music's  maintenance of sweet hope brings to mind a 1950s, female frame of existence --  being blinded by the pursuit of acceptance and perfection. In the end, the character never breaks her pattern, but the lyrics and music resolve themselves beautifully.

To get more information on Swing Lo Magellan and the Dirty Projector's newest EP, About To Die, released August 2012, visit the band's website. 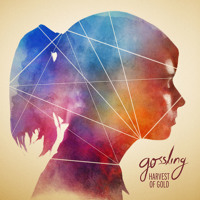