UK youngsters Guy and Howard Lawrence (under the moniker Disclosure) have made quite a stir in the electronic community with their recent singles "Flow" and "Tenderly." Looking out to the future, the brothers are getting prepped to release their first EP, The Face, via Greco-Roman. Accordingly, they have dropped a single to give the world a taste of what to look forward to, and amaze again they do.

"Boiling" is a darkly pensive track, steeped in deep bass and consistently present synths. Sinead Harnett's wistful vocals mourn a toxic relationship saying, "You won't give up, and I won't up and go, I don't know how, you won't give up, but I won't up and go." A simple, too well-traveled path of love put to a beautiful voice makes this track a production to take notice of. Honestly, there is nothing negative to be found within the 4/4 walls of "Boiling" - it's simply amazing.

June 4th is the official release date for the EP, and personally I'm anticipating great things. If there's anything that Disclosure has proven, it's that they have vision, class and taste to spread around when it comes to music. To check out more from the duo, stream something from their SoundCloud page. 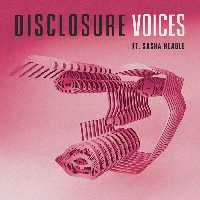