Disclosure's "White Noise," featuring AlunaGeorge, was begging for an amazing remix, mostly because it's been on repeat too many times itself.

Scotland's Hudson Mohawke takes on the part of drummer boy leading us into his remix. The percussion bounces and the synths pop. We rapidly fall into a temperamental cage of future R&B, with Aluna Francis' voice offered up as an airy escape, although HudMo also leads the way out. It's an unexpected, comparatively subtle remix from the producer, sure to also be on repeat.

The remix will be released soon via PMR Records. You can follow Hudson Mohawke on Facebook to hear about it first. 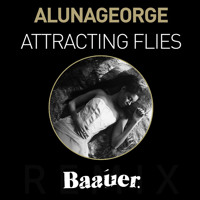