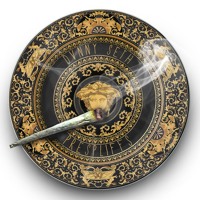 Lori Kay
Published:
Dec 27, 2012
Total plays:
26,221
Saved:
233 times
Sounds like: Tiny Tempah, A$AP Rocky, Kanye West, Kendrick Lamar
Tags: hip-hop, rap, kendrick lamar
Why do we like this?
Young Danny Seth is coming up in the game, making his presence from the East Coast, to the West, and back to his London alcove. Having been on the scene for only a few months, this waif-like yet thoroughly tattooed man has been content with the beats of other rising musicians, for now.

Danny approaches each track with such a laid-back style you'd expect him to be rapping from his lay-z-boy chair in his velvet smoking jacket as fur-clad ladies fanned him, which is probably exactly what happened.

"OH" is his most poignant song, with lyrics that define his careless style and true goals in life he tells us, "If life's a lesson then it taught me//party hard while i'm young 'cuz bitch i'm not try'na be forty" -- with  punctuated blasts of bass he pairs a sub-pitch chorus of "Oh!" conveying surprise to his blithe snark. He spends this song jovially refuting his haters, whose only cause to complain is the rappers' sudden presence and rising acclaim. So, hi haters!
- Google Lori Kay
Streaming source: http://soundcloud.com/ivseye/dvnny-seth-oh-prod
TOUR DATES
View all X tour dates for .