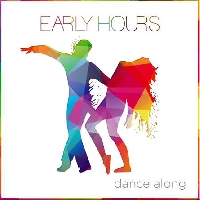 South Africa never ceases to amaze me. The country feels so small, and yet there are hundreds of bands I haven't heard about.

Case in point: Early Hours, a band that hasn't yet featured on Indie Shuffle. Fortunately that all changes today, with a rambunctious and catchy new single titled "Dance Along."

I have a feeling that this will settle quite well with fans of Two Door Cinema Club. There's something distinctly British about it, which makes it all-the-more refreshing given that it comes from the other side of the world.