The last time we heard from Melbourne-raised producer Emerse (reviewing his last single "Hiding You"), he'd just returned to Australia after a spell in Berlin. He's now set up camp in the comfort of home surroundings, and he's arraying himself with all the synths and drum machines he's been eyeing off. This means he's putting together plenty of new tunes for us to enjoy.

First up is "Spiral," a dark, grimy number with a definite UK feel. I'm not going to surprise anyone with my Burial and Four Tet comparisons; Emerse has clearly found inspiration for this track while listening to Four Tet. The verbal samples at the start and throughout the track are a nice touch, too, adding to the ambience he's created through his production.

Now he's all settled, expect to hear plenty more from the talented Emerse, with a debut EP scheduled for release before the year end. 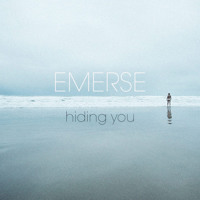