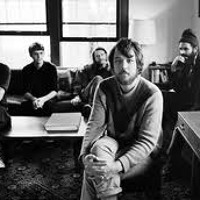 Jason Grishkoff
Published:
Feb 16, 2012
Total plays:
4,031
Saved:
52 times
Sounds like: Robin Pecknold, Grizzly Bear, Father John Misty
Tags: folk, acoustic, fleet foxes
Why do we like this?
So, generally I am 100% opposed to posting live tracks on Indie Shuffle.  They generally have a lower quality, and often aren't nearly as polished as the studio recording (duh). But Fleet Foxes take things to a whole new level Their live recording of "Montezuma" (live at Maida Vale in April of 2011) could totally pass as the real thing.

Digging into things, the reason is probably that Maida Vale, a district of London, is actually where BBC's recording studios are based...essentially implying that this was recorded in a studio. But that doesn't really matter. It was still live, as far as I'm concerned.