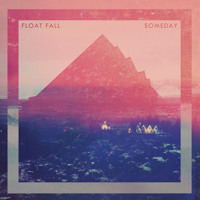 Devin Duckworth
Published:
Mar 24, 2013
Total plays:
26,064
Saved:
408 times
Sounds like: The xx, Jamie xx, Daughter, Chromatics
Tags: female vocalist, indie pop, electro-pop
Why do we like this?
When I first heard Float Fall's "Someday," I was a bit confused as to why they sounded so familiar... then I realized that they sounded strikingly similar to The xx! It's almost absurd in a way, but clearly I'm into it.

This Belgium duo combines some subtle electronics in with heavy guitar riffs and indie pop harmonics. As soon as you get about one minute into the song, the two vocalists key in layers of beats that play off of their whimsy, creating this outer layer of atmospherics that intertwine quite gorgeously into one another. It's clear that Float Fall has a bright future ahead and I for one am excited to see what's next from these two.

"Someday" is set to be released on a limited 7" on Record Store Day, so get it while it's hot!
- Google Devin Duckworth
Streaming source: http://soundcloud.com/float-fall/someday
TOUR DATES
View all X tour dates for .