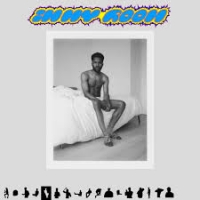 Frank Ocean In My Room

Within a two week period, Frank Ocean has blessed us with his second single release, "In My Room." The similar track imagery and symbolic poses seen at the bottom of these photos seem to be alluding to a forthcoming album.

Frank is introducing us to a deviation of his usual sound as he experiments with different influences. Back in September, he told W Magazine:

I’ve been interested in club, and the many different iterations of nightlife for music and songs. And so the things I look at now have a lot to do with those scenes: Detroit, Chicago, techno, house, French electronic.

We have seen the tangible product of his thoughts through his opening of PrEP+, a night club in New York, where he recently premiered an unreleased collaboration track with Skepta.

Very intrigued to see what's to come in the future for Frank Ocean.