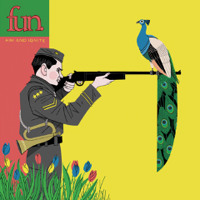 Fun. All The Pretty Girls

In early 2008, we lost The Format. The band's career was relatively short-lived (though they are technically only "˜on hiatus' at the moment), but they gave us two records: one quite good ("˜Interventions + Lullabies') and one that they may very well have their work

cut out beating, if they reform somewhere down the line. I speak of course of 2006's "˜Dog Problems'. You've got to hand it to Nate Ruess, though.

As soon as his other band folded, he got in contact with Anathallo's Andrew Dost and Steel Train's Jack Antonoff. The chemistry between the trio was quite something - they'd begun writing within a week of the formation. Recording sessions for what would eventually become "˜Aim and Ignite' started soon afterwards, and the album was released in the States last August.

It's no wonder it's finally getting a push in the UK, though - these guys most definitely deserve wider exposure. Steven McDonald, who had produced "˜Dog Problems' in collaboration with Ruess, reprised the role for fun.'s debut, and from the moment "˜Be Calm' bursts into life, it's clear he's done a fantastic job. The vibrant production suits the band's sound to a tee. The Format showed they could take nearly any style of music and make it their own, and fun.'s sound palette is particularly wide. Quite a number of these songs are split into movements, something which displays the trio's ambition. They also genre-hop like it's going out of style.

There's so much ground covered here that you can't help but sit up and listen. In the closer "˜Take Your Time (Coming Home)', we have a feedback-drenched epic. "˜Benson Hedges', meanwhile, is a wildly unpredictable slice of baroque pop. Its joyous syncopated piano hook and colossal gospel-tinged chorus mark it out as a highlight. Lead single "˜All The Pretty Girls' draws attention to Ruess' voice, as he turns in an impressive performance over an absolutely jam-packed backing: guitars, bass, drums, brass and strings. Busy, busy, busy; that's the modus operandi here.

There are more (relatively) subdued moments, however, such as "˜The Gambler', whose sparseness is quite the departure from earlier moments, yet nonetheless joyous. Did I say joyous? Well, it must be admitted that fun. are one of the most aptly-named bands I've heard in quite some time. This is something akin to musical Prozac. Skipping joyously from one musical idea to the next, "˜Aim and Ignite' is over-the-top, all over the place in the best kind of way. It never becomes too much, and that's the best part. Ruess hasn't failed us yet - and long may it continue. 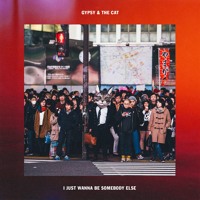 Gypsy & The Cat - I Just Wanna Be Somebody Else