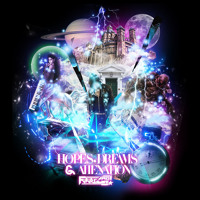 If you've ever imagined yourself in an 80s teen comedy and thought that if Anthony Michael Hall can be cool then so can you, then I've got the perfect Song of the Day for you -- straight from England's favorite 80s fanboys, Futurecop!

Armed with synthesizers, some emo-inspired vocals from Patrick Baker, and a magical power found only in unicorns, "Living in  a Daydream" finds Futurecop! in fine form.  The track is filled with some incredibly infectious vocals from the talented Nashville-based Baker, and features some lyrics that could be straight out of a John Hughes film.

Also, I can't help but love the rap breakdown towards the end talking about emo and Pavement.  Throw in some signature 80s-inspired synth work and super danceable beat, and it's like Futurecop! tapped straight into my childhood and downloaded all my favorite things and reassembled them into three and half minutes of greatness.  All that's missing is some awesome montage footage.

"Living in a Daydream" is set to be part of the long awaited full-length Hopes, Dreams, and Alienation LP that is set to be released some time in October, so get ready to pull out your old cassette and VHS tapes as Futurecop! prepares to take you back in time. 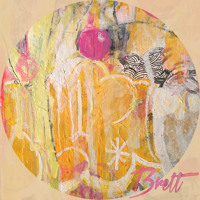