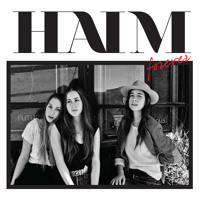 Last weekend, I had the pleasure of attending Gentlemen of the Road, a traveling music festival series brought on by U.K. folk band Mumford & Sons. Aimed to promote their upcoming second LP, Babel, Mumford & Sons cultivated a solid lineup of artists from around the world consisting of Slow Club, HAIM, Apache Relay, Grouplove, Two Gallants, Gogol Bordello and The Very Best.

Amongst the slew of bundled up festival-goers, there were delicious local food vendors, carnival-themed rides, plenty of lounging areas, and copious amounts of bathrooms -- a vital accessory that any beer drinker can appreciate.

Starting off the day was Slow Club, a quirky U.K. duo that combines various percussion arrangements with great vocal interplay. Although the crowd was still getting into festival mode, once the alcohol finally set in, the front audience eventually got their stride and began grooving to the heavy-hitting strums and gorgeous hums.

Another highlight of the day was HAIM (song featured above), a California-based group consisting of three long-hair-don't-care sisters who effortlessly combine the clash of folk and R&B, and boy, were they a treat. Not only are they a bunch of badass bitches, but they rocked the hell out of their instruments and even managed to engage the audience with hilarious conversation.

Later in the evening, smashed between people of all ages (pretty sure I saw some babies in the midst) was the beloved gypsy punks, Gogol Bordello. I must admit, I was not ready for the spectacle that is Gogol, but I have to say I was pleasantly surprised at their fan base and their energetic good-time attitude. Wildly exuberant and frenetically strange, these costumed weirdos gave a supercharged performance that bled with genres ranging from ska, punk, metal, roots, reggae and any other sounds you could possibly think of.

Last but certainly not least was the moment everyone had been waiting for. Commencing their performance with gracious smiles and a heart-warming thank you, Marcus Mumford and his sons got the party started in their famous finger-plucking fashion. Knee slapping, shouting and perpetual dancing were the key ingredients of the show, something that never fell short and kept everyone in pure drunken and stoned bliss. The most precious of all moments came at the end of the performance when they called upon all of their cohorts to join in on The Band's classic, "The Weight."  View the video below:

Concluding their final U.S. stopover in Monterey, CA, these British folk rockers really wanted give their attendees a show to remember. Not only did they accomplish what they had set out to do, they gave their fans a whole new appreciation for small-time music making big time waves across a music-loving nation. Bravo, Mumford. Bravo.