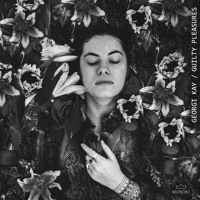 British-Australian Georgi Kay has already achieved much in her 24 years. The singer, songwriter and producer has won a stack of APRA awards, an ARIA and been nominated for a Grammy. She has worked with some of the biggest names in the EDM scene, including Tiesto, Steve Aoki and Kaskade, and has now reinvented herself.

Citing old sci-fi and horror films, elements of deep house, 80’s inspired synths and a love for the weird and macabre as influences, "Guilty Pleasures" is the triumphant latest from the LA resident creative. Responsible for both the writing and production, Kay has invested her heart into "Guilty Pleasures," exploring the feeling of being attracted to someone you can't be with. The thumping percussion cuts through the swirling synths as Kay's voice commands your attention. Of the track Kay had this to say:

"'Guilty Pleasures' is about falling in love with someone who, despite the deep emotional connection being mutual, is romantically tied down by another. It’s about sinking into the intensity of that connection on a spiritual, mental and emotional level, because you are unable to explore the physical side of that bond – they are taken by another."

If you're digging this one be sure to check out her other tracks here.