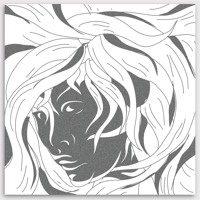 Jason Grishkoff
Published:
May 13, 2013
Total plays:
16,978
Saved:
144 times
Sounds like: Work Drugs, Surfer Blood, Beach Fossils
Tags: indie rock, surf rock, real estate
Why do we like this?
Kiwi band Ghost Wave have already made a couple trips to the United States (including a few appearances at this year's SXSW), but today will be the first day that we actually feature their music on Indie Shuffle. And what better way to do it than with a premiere of a fun surf rock track?

"Here She Comes" is their first single off an upcoming LP titled Ages, to be released sometime mid-summer via Arch Hill/Flying Nun Records. Over the course of its 3 minutes and 23 seconds, the Auckland-based quartet layer laid-back and nonchalant vocals over jangly guitars and an upbeat bassline. Supported by a boisterous drumbeat, Ghost Wave have successfully managed to win me over with this song.
- Google Jason Grishkoff
Streaming source: http://soundcloud.com/ghost-wave/hereshecomes
TOUR DATES
View all X tour dates for .